one of my favourite pictures 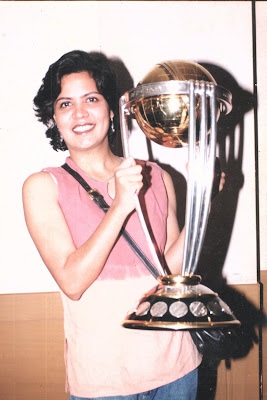 It's very important to waste some time during the day or even waste the whole day once in a while. There are many things that I do to waste my time at work. Don't get me wrong, I make sure I work really hard and really fast so that I have some time to waste. It's something I cannot live without. Here are some well known methods of wasting time and some of my favourites.
1. Facebook- 99% of the stuff I do on facebook is a waste of time but it's very important to me.
2. Twitter- it's a complete and utter waste of my time and I'm beginning to like it
3. Smoking- No excuse, a waste of time and a health hazard
4. Doodling- The only really pretty thing I can sketch is an eye. Not two eyes. Just one eye. If I try sketching two they are always out of proportion. Despicable for someone who went to design school. In my defence I stayed away from Graphics and animation.
5. Writing Mark Knopfler lyrics over and over- Ok this may seem like a waste of time but it makes me feel good.
6. Sitting and thinking about...nothing in particular...just letting thoughts roll by like water. That's a true favourite.

Blogging again for some might be considered a waste of time but for me it's like a big journal I'm gonna leave for my grandkids. Although they may not be interested. Who cares I love it!

btw it's valentine's day. so love everybody if you can and be happy.
Posted by Parul Gahlot at 2:06 PM No comments:

ok this post is just to whine about how tired I am and every morning just thinking about my day makes me want to be my own pet dog. I want to eat, sleep,and play and lick my owner. Just imagine how nice it would be if someone took care of you all your life. You could be a baby and be loved by all.

Anshuman is in Kolkata for a few days and I miss his company and being able to call him whenever i feel like. I don't like it much when he's not there. It makes me feel even more tired. I'm getting old very quickly I think. I need exercise and nutritous food and mostly lots of time love and tenderness.
Posted by Parul Gahlot at 3:25 PM No comments:

the need to write

It's like an obsession. I write on the computer, the notebook, the notepad, the diary, dirty cars, paper napkins, post its. I write awareness, health, charity, beauty articles,articles about animals, hollywood gossip, news about animals, about Holiday destinations, my blog, mark knopfler's lyrics (over and over)and I still find some junk to write in my yearly diary.The good thing is that I love most of it, actually aside from the Hollywood gossip I love all of it.

I get to know some great interesting stuff such as two drunk men were stopped by a cop. The cop found that there was a surprising third passenger, a goat. When he asked the men where they found it, they had no answer. All they were sure about was that it didn't belong to them. I found this very funny somehow and laughed for a good minute.

But writing all the time can also be pretty exhausting and aside from taking frequent breaks, I google french bulldog puppies. I dare you not to smile at them. They are just so damn cute. I made a little movie about Ninna with a flip camera. Basically a very small video camera(as big a cell phone) and edited it on Windows movie maker. It was great fun. Now that I am no longer a film maker, I love shooting and editing.

And now I will try to write an article on Siamese cats. Did you know that Siamese cats chew on wool when they are nervous? Just some wierd things I know. Occupational hazard!
Posted by Parul Gahlot at 5:35 PM No comments:

Every morning you have to rummage through the drawers and try to find a decent pair of clothes. Sometimes it is so frustrating that i wish there was a single uniform for everyone. A uniform to go to office. A pair of pyjamas for home and another one for everything else. It would be so much simpler. Honestly I would be quite relieved if that was the case. Everyone would look the same. You wouldn't be spending thousands of rupees every year on new clothes and accessories.

When I joined this office I was specifically told to dress formally. Formal is the opposite of Parul Gahlot. Andyet i have to find decent clothes to wear every morning. I have to admit some days are easier than the otehrs when my favorite clothes have been washed and ironed and on other days I just get irritated trying to decide. You should not be expected to make decisions in the morning.

Ok I'm done talking about clothes.
Posted by Parul Gahlot at 10:21 AM No comments:

people who walk by

This is about all the strangers that you meet in life and then forget. You see some of them everyday even like my neighbour who teaches Math. She is a very pretty woman from Pakistan who I have spoken to may be four or five times. She has given me sugar and milk and change for 500 bucks and that's about all the introduction I have. She is still a stranger to me and sometimes I feel may be I am missing out on knowing a really nice person.

Then there is this Philipino woman who walks past me almost daily near the office. I always smile at her but ofcourse we never speak. There's an Indian woman who dresses in men's shirts, jeans and shoes everyday and passes by smoking a cigarette. Every time she goes by I wonder who she is and what she does but ofcourse I couldn't possibly ask.

Then there are these people who you know at a very cursory level and you never go beyond it because you are comfortable in that superficial space. There's this Sudanese guy who dresses in shorts and T shirt in winter and comes down to smoke often. He is an Account Director in an ad agency and believes it is 'cool' to dress like that. I once saw him wearing a velvet jacket. One time he asked me,"How would you like to be briefed as a copywriter?" I gave him a very vague answer because I don't know the proper large words. I almost have an allergy to large words. Keep it simple I say. Anyway he was not impressed and the fuck I care. So that relationship will always remain in the realm of 'Hi! How are you?'

There are many young mothers in my building and with the exception of two of them my relationship with the rest also falls in the above category. They are anyway quite busy running after and disciplining their respective children. Then there is this German guy whose name I used to know but now forget who lives in the building opposite mine. He has a mixed breed dog called Bobby. Bobby is in love with Ninna and Ninna is in love with him. Unfortunately due to the difference in their breeds they cannot be mated. That does not stop them from looking at each other longingly. Whenever I take Ninna for a walk in the evening she automatically goes near his window and he jumps at the glass and lets out these plaintive howls till the owner opens the window, I pick up Ninna so that Bobby and she can lick each others' faces. It is an adorable moment. I say hello to the guy. I ask how are you and then I walk away but it is a nice moment due to the doggy love even though we are strangers.

Then there are people with whom you end up sharing a cab. You almost never meet them again. There are people who ask for directions on the road and if you're a nice person you don't give them wrong directions. There are the taxi drivers, the people in the bus and train who sit next to you for a while. There is a certain beauty in almost all the people who walk by.
Posted by Parul Gahlot at 2:12 PM 1 comment:

Thursday is my Friday

Yes in Dubai the week comes to an end on Thursday instead of friday and today is Thursday so I am very keen for time to pass by quickly. In my last post I was whining about the fact that 'time is slipping through my fingers' and today i am shaking the hourglass but the sand just won't go through to the other side.

I eat idlis every day for breakfast at Bombay Chowpatty a restaurant close to my office. Sometimes they give me too much sabzi in my sambhar and then I can't dunk the entire idli into it. I am rather embarrassed to tell them to not give me sabzis for some reason. Don't ask. Wierd things embarrass me. The most embarrassing question I ever have to answer and I've had to answer it many times, is "How much is your salary expectation?' This embarrasses me to no end. It's not that money is a dirty thing. It's just that I can never be quite sure what my time is worth in terms of money.

Time is so precious. Working in an office is my time away from my dog, my family, my friends, my writing adventures and that to me is priceless. No matter how much money you give me it's never enough. i guess that's true of most people, no matter how much you have it, you could always use some more.

I like buying boxes and they cost money that could probably be saved if I didn't buy them. Yes I agree with that but on the other hand I find it hard to not buy them. Money by it's very nature is tempting you all the time to just spend it. Yes I agree you're supposed to think about your future and kids and old age and stuff like that but I happen to love boxes and giving people gifts. I try to be a miser and believe me I've really tried I become really miserable after a while. Yes I agree money doesn't exist so it's spent the moment you get it but it's going to be spent SOME day. The trick I guess is to delay that day as much as you can and causing that delay makes me miserable after a while.

So to end this I promise to delay that day as much as I can and be a responsible citizen of my marriage.
Posted by Parul Gahlot at 12:17 PM 1 comment: