Cleaning up and editing

So I have been cleaning up the house these past few days and bringing in new things. In the spirit of adding to the home I was going through some old pictures so I can put up some. Yes I was thin and therefore looked like someone else. I was with other people in another time wearing tie and dye clothes. Getting ready to do garba, looking into the mirror.
I have an album which has pictures of people on Cultural day putting menhdi on bald heads among other things. I am in touch with absolutely no one in this album and have no idea why I have it.
I found a dried rose and some torn photographs and I am blank. I don't know how that picture got torn and where the rose came from. Clearly I saved it for a reason all this time but I figured if I don't remember then it's not important. So I threw it away along with pieces of the photograph.
I realised that too many of my negatives are almost white thanks to everyone at NID shooting in low light including yours truly. Some wedding reception and honeymoon snaps came up. Some pictures of my pre diploma presentation made an appearance but didn't make the cut. I did pick one snap of me looking through the camera in a blue kurta which I kept wearing till it tore.
One of my favorite pictures is of four people, two guys and two girls laughing dressed in jeans and black leather jackets. Their joy is infectious even in the picture. I can sense our happiness even now. Three of these people are married but none to each other. No one marries their college sweetheart. Yes some people do but a large number of those finally go down the separation road to divorceville. Ok Ok some make it. Few. Very few.
I have a love hate relationship with my years at NID. These pictures are always tucked away in an adidas shoe box for a reason. It's like opening up Pandora's box and seeing a time when you felt invincible and vulnerable in the span of a moment. You fought little battles as if everything was a personal war. And you fought and fought because back then there was someone to fight with and we adhered to the rules not even realising that we did. And most importantly you won. And when you did there were at least a dozen people to cheer you on at any given point in time.
I don't know if I'm making sense. I have put away the shoe box back in the suit case on top of the almirah out of sight and by tomorrow out of mind.
Posted by Parul Gahlot at 10:36 PM 6 comments:

Welcome to my home 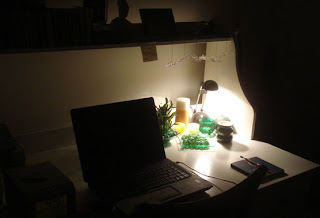 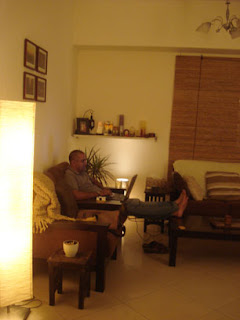 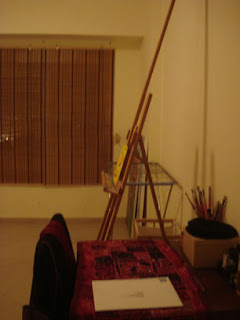 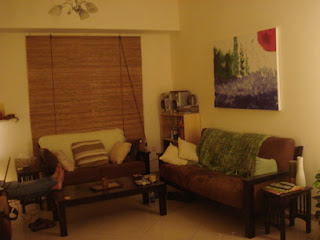 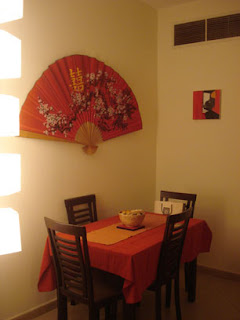 So the other day someone was talking about death. I found myself saying this- ' I am not afraid of my own death. I'm afraid of people around me dying.' I didn't know this till I actually spoke the words. I know that I will have a son at some point in life. I know that I will write a short book about my life which will never see the light of day. I know that I will always have a home. And just a while back as I was listening to Brothers in arms I pictured my dying. It came to me so clearly that I had to put it down. I will be an old old woman lying comfortable in an old old bed. Both of us frail and fat at the same time. My papery skin complimenting the papery canopy overhead. My darling husband naturally bald and handsome in a Pacino kinda way staring at me from a picture frame smiling benevolently satisfied at having died in my arms, knowing I could go on alone a while longer. My son and his children saying loving goodbyes.
Finally death and I will dance to the tune of Brothers in arms in a dark dark room.
Posted by Parul Gahlot at 10:23 PM 4 comments: 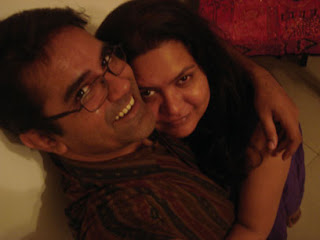 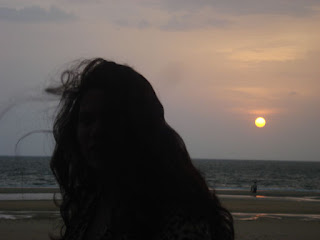 I wonder if taking your picture against the sunset makes your life short....
Posted by Parul Gahlot at 1:19 AM 2 comments:

It's really quite amazing how life manages to move along day after day in such an untiring manner. You discover new music. You discover the sweet pain of looking cool in uncomfortable shoes. You eat your first salad meal. Then have two dinners. Discover strange lyrics such as - ' Living's in the way we die' You get a facebook request from someone who ignored you all through college. You read names of people you had totally forgotten and have no intention of getting in touch with. You wonder if the number of people you know but never talk with is bigger than the number of people you know and are in touch with on facebook. You get the faint smell of a scented candle on your table. It puts you in a good mood. You put pink curlers in your hair. You realise your hair looks smashing the days you don't go out and/or when outings get cancelled. You paint another horrible painting. You bathe the dog and brush her hair. She takes her nap in your lap. You're amazed at the capacity you have of feeling love for the tiny little thing. You smile. You let life amaze you with it's sheer tenacity.
Posted by Parul Gahlot at 10:56 PM 5 comments: 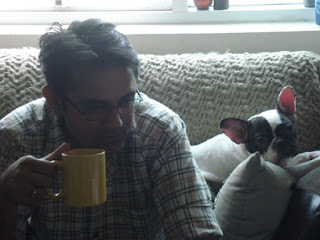 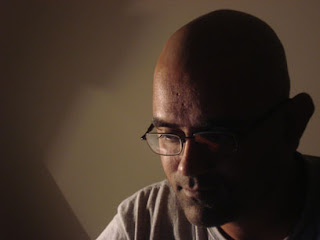 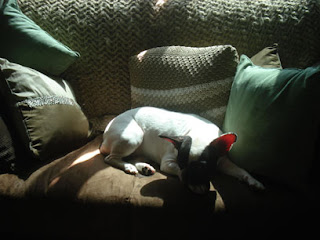 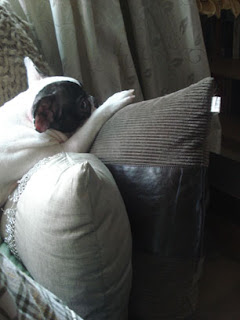 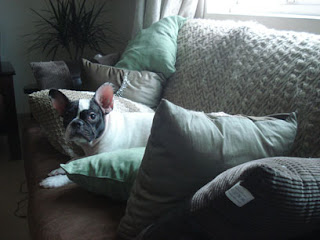 Ninna makes herself comfortable amidst my expensive sofa cushions.

It won't do no good
to walk in corridors with closed doors
to peep through circular clear glass
to try catching shifty eyes
to wait with bare feet on steel
to hide tears in urine bowls
It just won't do no good
Posted by Parul Gahlot at 6:21 PM 2 comments:

Various ways to wear a watch

I had to write 10 options at work. This is what i came up with

Now replace the watch with your heart.
Posted by Parul Gahlot at 4:27 PM 1 comment:

So I wore a nice silk kurta and played teen patti two night in a row! Won some lost some! Good fun. Did whatever puja I know how... didn't know any aartis so sang saraswati vandana i know from school. I hope Goddess Laxmi is not too upset.

Wish you a wonderful and luminous Diwali!
Posted by Parul Gahlot at 10:02 AM 1 comment: