For a few years few words have been lost

swept under trees and wet in the rain

Few truths have been left broken

by the windows of waiting patiently

Some love has travelled through irises

Only to lose direction in labyrinths of two minds

A few kisses are still undone
Posted by Parul Gahlot at 9:20 PM 3 comments: 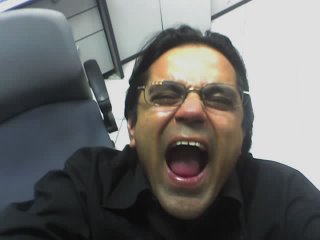 The presence of your absence
It's still like cold winds that
I cannot get used to
Posted by Parul Gahlot at 2:56 PM 9 comments:

Once upon a time there was a fairy. She was six inches tall and no one could see her. God created her on a whim when he was sitting bored on a mountain top and everything was serene. He took the snow in his fingers and made the form of a woman and then as an afterthought collected a few clouds and shaped them as wings.
After having created her he realised that she was much too naive and delicate so he decided to send her to a school for angels simply called Angels Preperatory Home. This was a school well known in the realms of heaven for it's superior education system. The fairy was excited to go to this fancy school although God was worried considering her fragility and innocence so he gives her a wand with a mirror on top. He said to her - "Whenever you want to speak to me all you have to do is talk to this mirror."
She reached the school and realised what a beautiful place it was. The entire wooden school was on the largest tree in a small city in heaven. The angels wore beautiful multicoloured robes and flew from one place to another. She fluttered between the trees and walked on the dew drops. In the night when humans were asleep all the wise teachers and the angels gathered in the largest room in the tree school. she waited for her turn to speak when everyone introduced themselves to the teachers.
When she spoke the room became silent. Everyone started looking at each other wondering where the voice was coming from. She suddenly realised that no one could see her. Tears fell from the eyes of the little fairy and she flew out of the largest room in the treehouse. Her face began to melt as the tears made cracks in her face. She looked into the mirror and saw a hazy image of the sunflower behind her as her eyes were almost gone. She said," God, why can't anyone see me? I want to be seen!" The mirror did not reply.
Suddenly a butterfly came fluttering around her and said," Why did God give me such a short life?" The butterfly fell in the center of a sunflower. The fairy stopped crying and touched the wings. Her hands took on the colour of the butterfly. She caught the image of her hand in the mirror. She was unable to contain her happiness. Thrilled that God had sent her a solution to her tears she applied the colours of the butterfly's wings all over herself.
This time when she went into the largest room of the treehouse everyone smiled at her and welcomed her into the family. The fairy learnt that her final job would be to go to earth and grant wishes to people who are deserving. She carefully mastered the skill of granting wishes. She learnt the words to be spoken in the mind before and after the wish is granted. Her teachers were happy with her progress and one day she along with some others was dropped from the heavens into the world of men.
She followed the others and reached the ground. She saw people walking around in a hurry. She coughed as she inhaled the grey air. She waited for the evening to fall. She got inside a small house through the window and heard a little boy lying in bed. He was wishing that his English teacher would not come to school tomorrow as he had forgotten to do his homework. The fairy fluttered on top of the bed and granted his wish. The boy's eyes opened and he screamed at the wildly coloured large insect hovering above him. The fairy screamed as well and flew out of the window.
She felt heartbroken and wondered why the boy screamed. She decided to try again. This time the young woman she granted a wish to chased her with a large fly swatter. The fairy looked into the mirror again and said, " God I don't want to be seen!" The mirror remained silent.
Suddenly water began falling from the skies. The fairy stood in a pool of colour. The butterfly's wings got washed away from her skin. She walked slowly and sat on a bench in the park.

A man came and sat next to her. He seemed sad as he had just lost his job.The fairy touched him with her wand and a newspaper boy appeared. The man looked at the jobs section and circled an ad. As he got up he began to sing a song which came into his mind from nowhere.

The fairy smiled and puts a song in the newspaper boy's mind. He sang along selling his newspapers. She worked all night putting songs into the minds of men women and children. She remained silent and was never seen.

So the next time you find songs swimming in your mind... know that the little fairy is near.
Posted by Parul Gahlot at 1:14 PM 9 comments:

The stars laugh
at the sight
How would any of us be
if it weren't for the dark night
Posted by Parul Gahlot at 10:24 PM 6 comments: