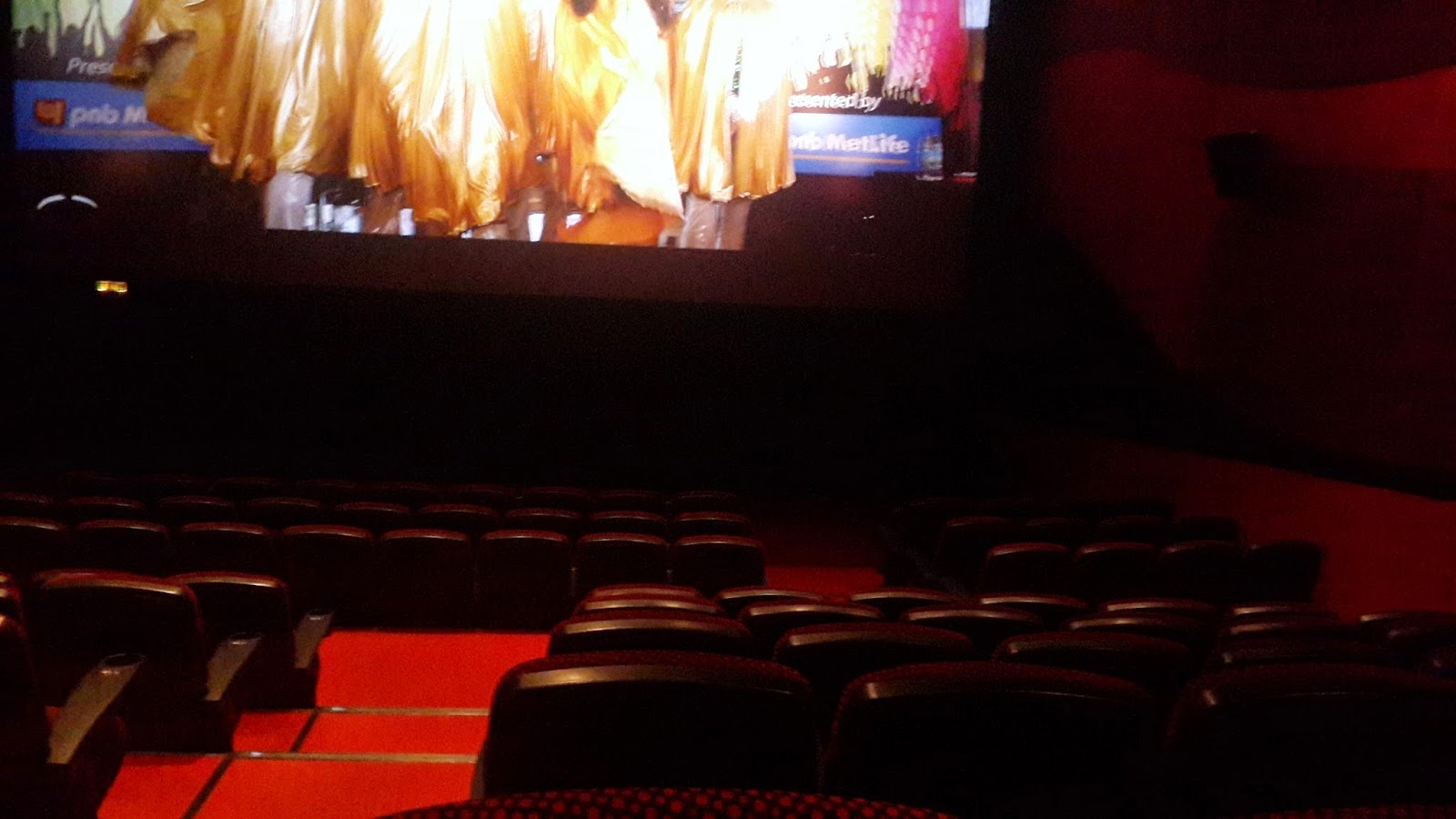 So it's been a while since I went out to watch a film so I decided to go by myself today afternoon. I was conflicted between watching 'Finding Fanny' and 'Khubsurat'. Finally Fawad Khan decided for me. He's a Pakistani TV actor and I recently watched this series called "Zindagi gulzar hai" starring him in the lead. I liked him plus the "Khubsurat" show was ten minutes later than "Finding Fanny". I needed the extra ten minutes and that clinched it. I got to the theatre ten minutes early, paid for the ticket and 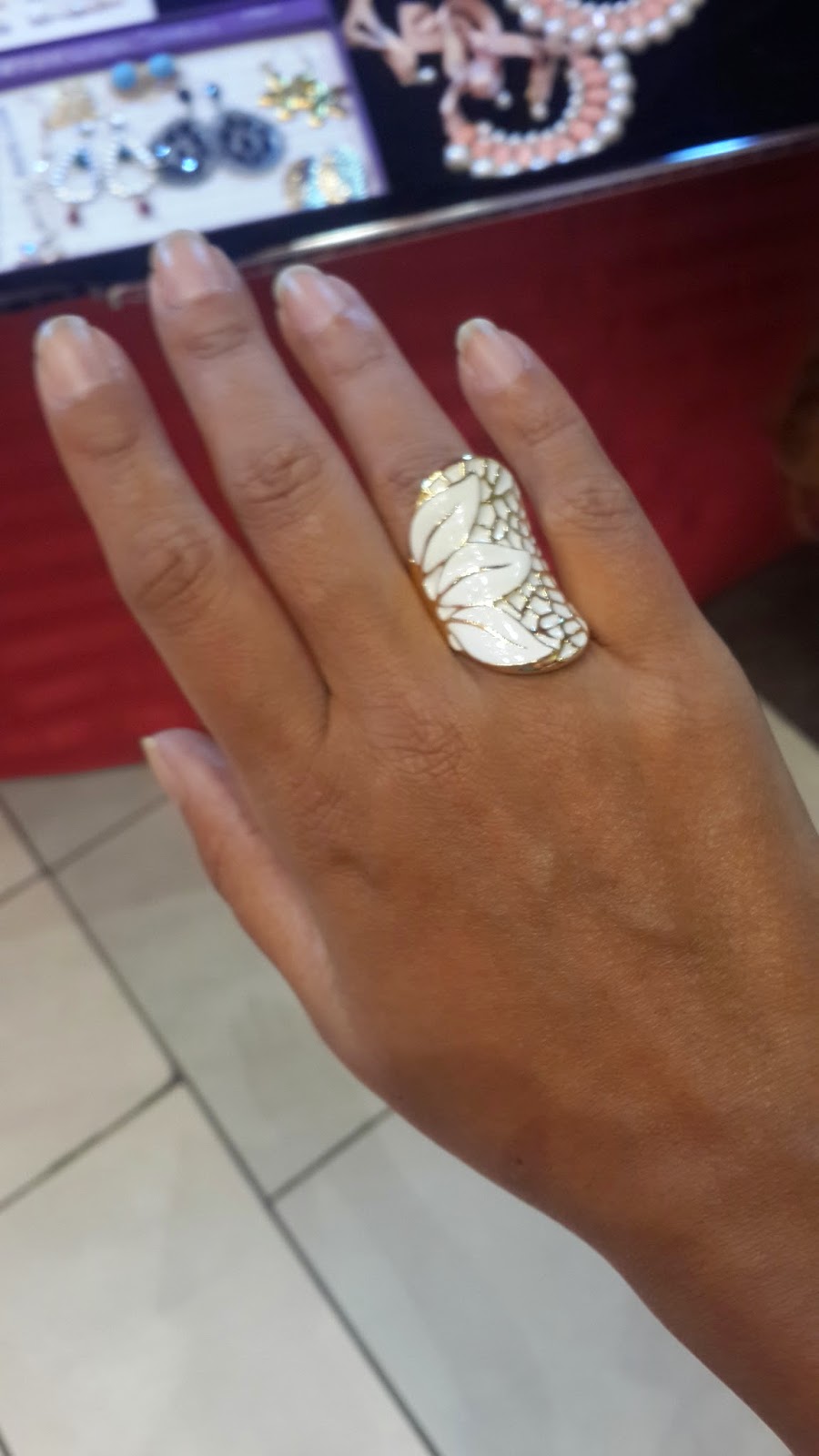 forgot it at the counter. The man reminded me to pick up the ticket. I decided to browse the kiosks at Ibn Batuta mall which seem to have become a permanent feature. I tried on this ring which got stuck on my finger. I was seriously not trying to shop but now I realise that's only possible if I give up going to shops altogether. I pulled and tugged and tried hand cream but nothing worked. The Filipina manning the kiosk refused to let me walk to the washroom to try and take it off with soap and so I ended up buying it.

Anyway I went into the theatre and bought myself a cup of corn with everything. The man in front of me bought caramel popcorn, nachos and two cold drinks. When my turn came I realised he'd forgotten his car keys. I yelled out "Excuse me!!". He'd walked away quite a distance. I raised my hand and jingled his car keys. He came up to me, his hands completely occupied and just stood there helplessly. "There's no pocket on his shirt. Does he expect me to put his keys into the pocket of his jeans?!" I thought and just stood there looking confused for a few moments. Finally I dropped his keys into the bag with his cold drinks. He thanked me profusely and went away. 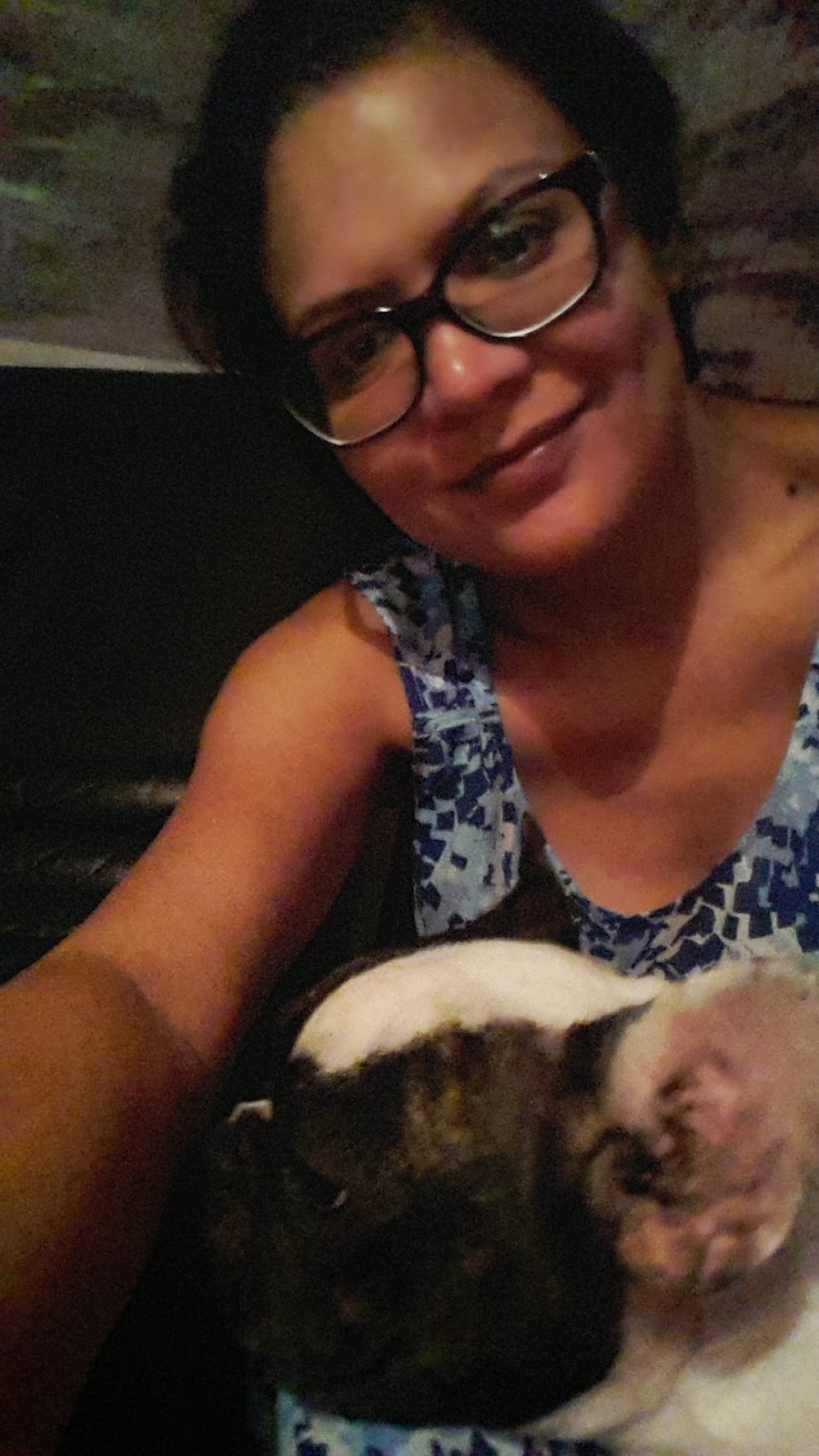 I got into the theatre and it was completely empty. Sonam Kapoor was terrible. Fawad was his usual charming self but didn't get much of a chance to showcase his talent. Kirron Kher had the funniest lines. The lead pair had zero chemistry. All in all it was an ok movie. I could've not seen it and passed my time some other way and it wouldn't have made a difference.

I had a veggie biryani at India Palace with nice raita, fresh lime and loads of papads. I could only finish half the biryani and got the rest packed for dinner. After paying I walked away without the takeaway bag. The man again reminded me.

I got home to my little girl and had a leisurely cup of chai and hated iTunes for the thousandth time. Due to compatibility problems I have to move music from a hard disc which won't work on my Macbook to a USB which works on both Mac and PC and then open the music on iTunes. The whole thing is pissing me off especially because I'm using my years old Samsung netbook to do the transferring. When I shared this with my husband he said,"Baby you're talking to someone who 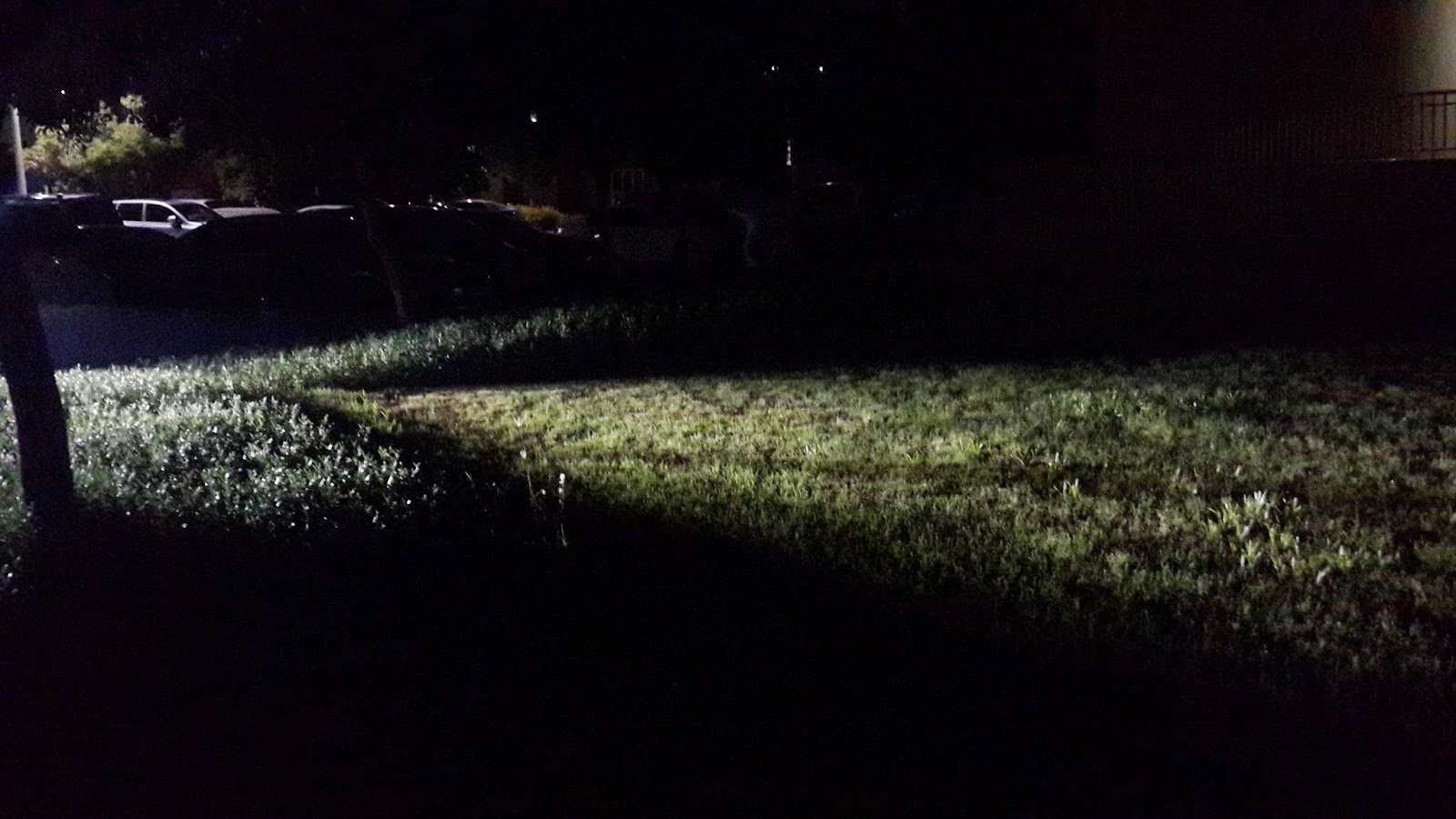 plays CDs in his car." Anyway I had to vent somewhere and what better place than here. Those of you who use both Mac and PC will understand my woes.

Yesterday night a car's headlights gleamed on every little blade of grass in the lawn outside our building. Beautiful, isn't it?
Posted by Parul Gahlot at 6:57 PM No comments: 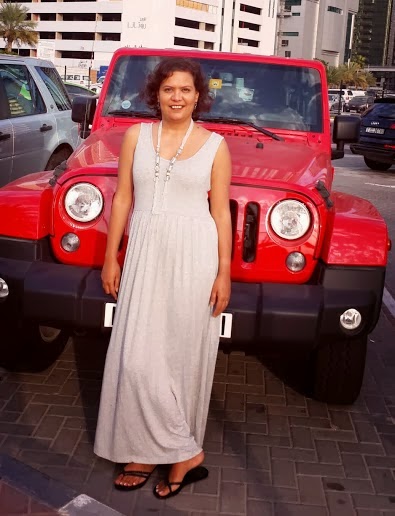 So I had a strange dream in the morning. I dreamt that Anshuman and I were driving in the Pajero and I told him we should sell it and buy a Red Jeep exactly like the one in the picture. Anshuman told me to withdraw 10,000 dirhams from the ATM and when I got back he said we'll buy one right away. I was thrilled of course. I woke up and told my husband about the dream. He said," Your car is due for service and where is the accident report? It needs to be repaired." My dream died a quick death. "But it's a temporary death. At some point it'll come true." and then I thought "how materialistic of me!"

It's true and I admit it rather shamefully, sometimes I'm hopelessly materialistic. That new dress, that new laptop, that new phone, that new necklace. At least I don't crave diamonds and I'm sure Anshuman breathes a sigh of relief that I'm happier with an amethyst. Anyway the point is as my father in law always says,"Not what you want but what you need."

You need a car to get from point A to point B not a Red Jeep. You need clothes not beautiful dresses. Yes theoretically I understand it and I agree with it wholeheartedly but then you walk into a mall, you see a roguish looking guy zipping in a red Jeep Wrangler and you sigh and that's the end of your simple living and high thinking. Recently someone said,"You're a shopaholic." and it struck me like a blow in the gut. I've never thought of myself as a shopaholic. And yet I've realised that ever since I stopped working full time I end up buying more and earning nearly nothing. When I was working I had no time to shop and now there's way too much time to lust after this and that and the other. Makes me think it's time for some serious reflection. It's time to start a personal project which fulfils the deeper need to create rather than own.

And then I started listening to this song this morning which talks about something in a similar vein. This is the first song I've heard from Lorde and I like the woman. Her voice is rather ordinary but I like the rhythm and the lyrics. Here you go 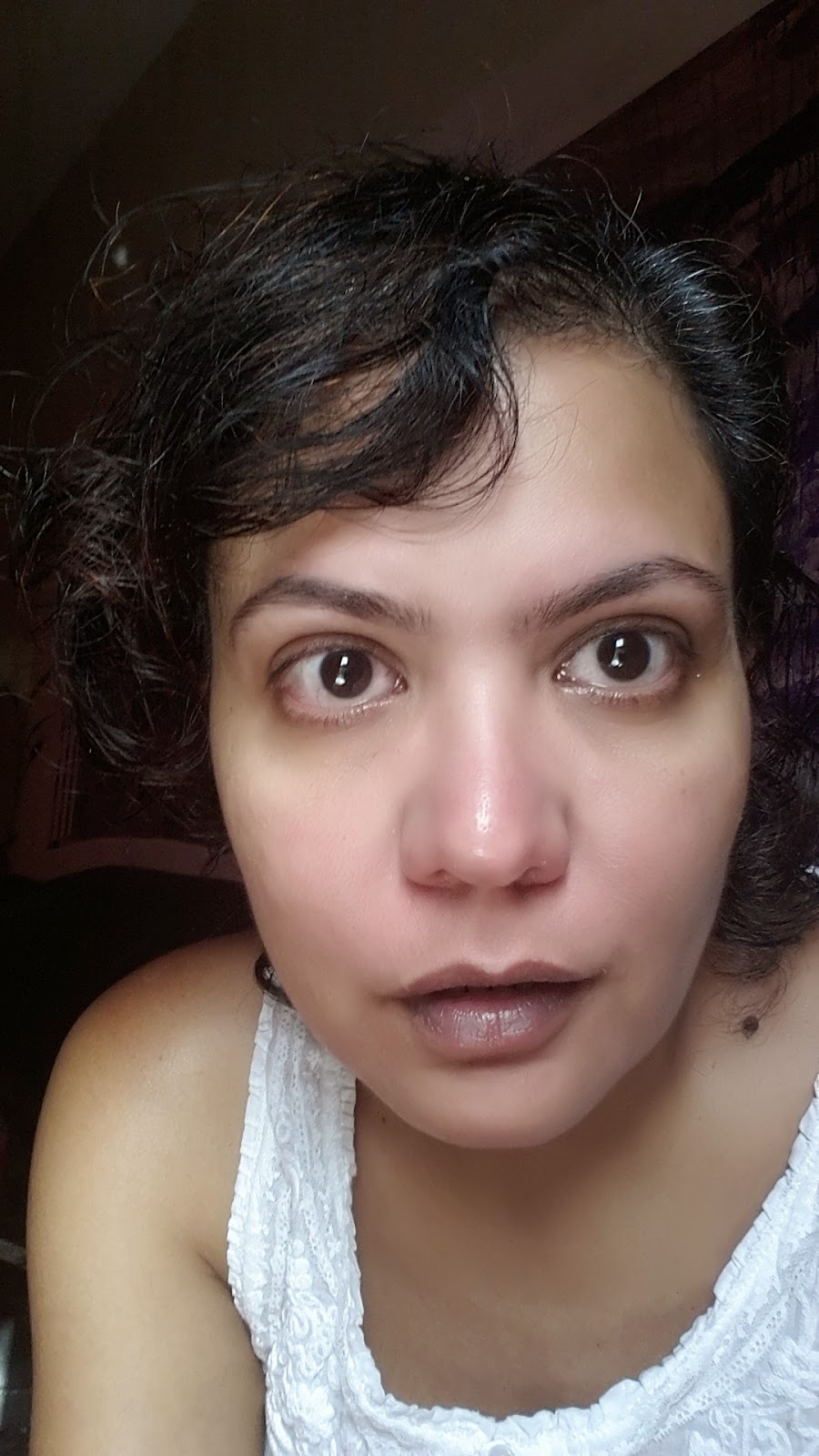 And yet another selfie in a white dress. Please excuse the expression, I was going for cute but ended up with retarded.

I've always loved white. So pure and pristine and so hard to keep it looking that way when you're a klutz like me but somehow I manage. My love for white dresses began as a teenager. I remember pestering my mother for a frilly white frock till she finally got one stitched from a neighbourhood aunty called 'Sardarni aunty' because she was sikh. Not very creative I know. I think there's a picture of me in it somewhere. I'm standing on a box bed with a guitar in my hands and my friend Sushmita is standing next to me in an identical frilly frock. It's quite funny but I can't seem to find it anywhere- the image not the frock.

At NID I would buy one white churidaar kurta from Bandhej every year. They were very expensive and still are. I recently bought another white one from there on my last trip to Ahmedabad a couple of months ago. Every year for my final jury I would be found dressed in a pristine white churidaar kurta from Bandhej. Now I collect white dresses preferably with pretty lace or embroidery. I've managed to collect quite a few from all over the place. Recently I wore a new one from 'The Shop' in Bombay. (Yes there's a shop called 'The Shop') I asked Anshuman how come he didn't notice my new dress to which he replied,"But you always wear white dresses." I think it's too much to expect him to remember all of them. His normal reaction to one of them is,"Oh Ninna and mamma are dressed the same today!" Sigh...

Posted by Parul Gahlot at 4:13 PM No comments: 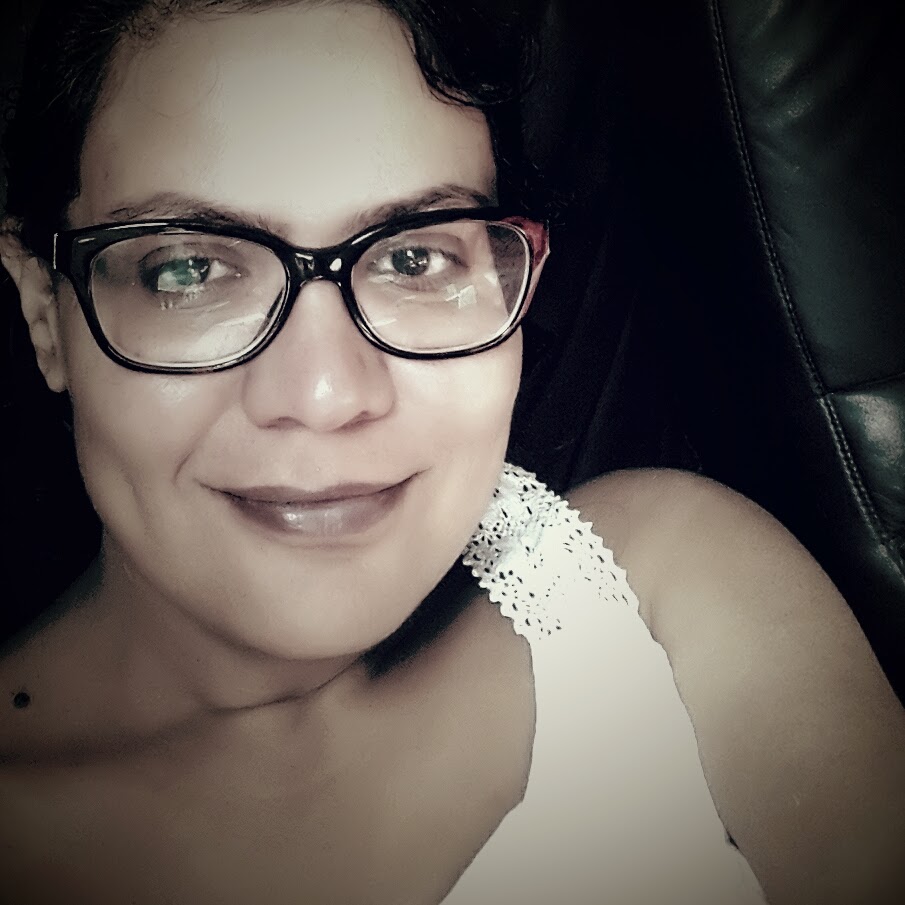 Just dropping by here to say hello. The dancing bug took a serious toll on me but let's forget about that. Now I'm fit and fine and I feel pretty good. I ended losing a few kilos because of it and hence have become almost lean. I never thought I would get down to the weight that I have now. I met my neighbour woman downstairs while taking Ninna out for a walk. I still don't know her name and she has lived across from our flat for the past five years. Anyway I digress. So she was thrilled that I'd managed to lose so much weight and when I told her about my illness she promptly said,"You're so lucky you lost so much weight! I wish I could!" I was aghast and told her,"God forbid that you should ever fall sick the way I did." Another friend called it a blessing in disguise. I would take all the weight back in a heartbeat and not be sick for a month and a half! 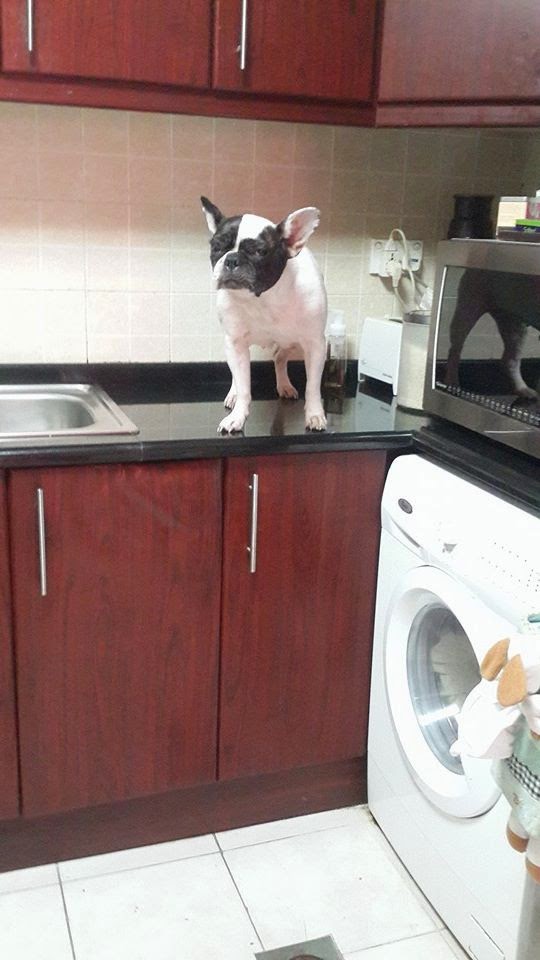 And that's my darling Ninna. I put her on top of the kitchen counter and she's forlorn because she's too much of a chicken to jump down from it. I'm such a meanie sometimes!

Posted by Parul Gahlot at 8:58 PM No comments: